TRENDING NOW
Would You Like a Cat with That Coffee? Yes Please! | Reptiles 101 | You’ll Probably Be Disappointed by Your Dog’s Reaction to Your “Fake Fainting” | Healthy Oats Waffle Recipe | Hamburg, Germany – the Capital of Cool with a thriving cultural, art and nightlife scene | Mint Chutney Sandwich Recipe | Cruise Ship Review: Edward Elgar | Green Apple Mojito Recipe | Discover the beauty of Uganda on one of these 5 wildlife safaris | City break to Thessaloniki, Greece | 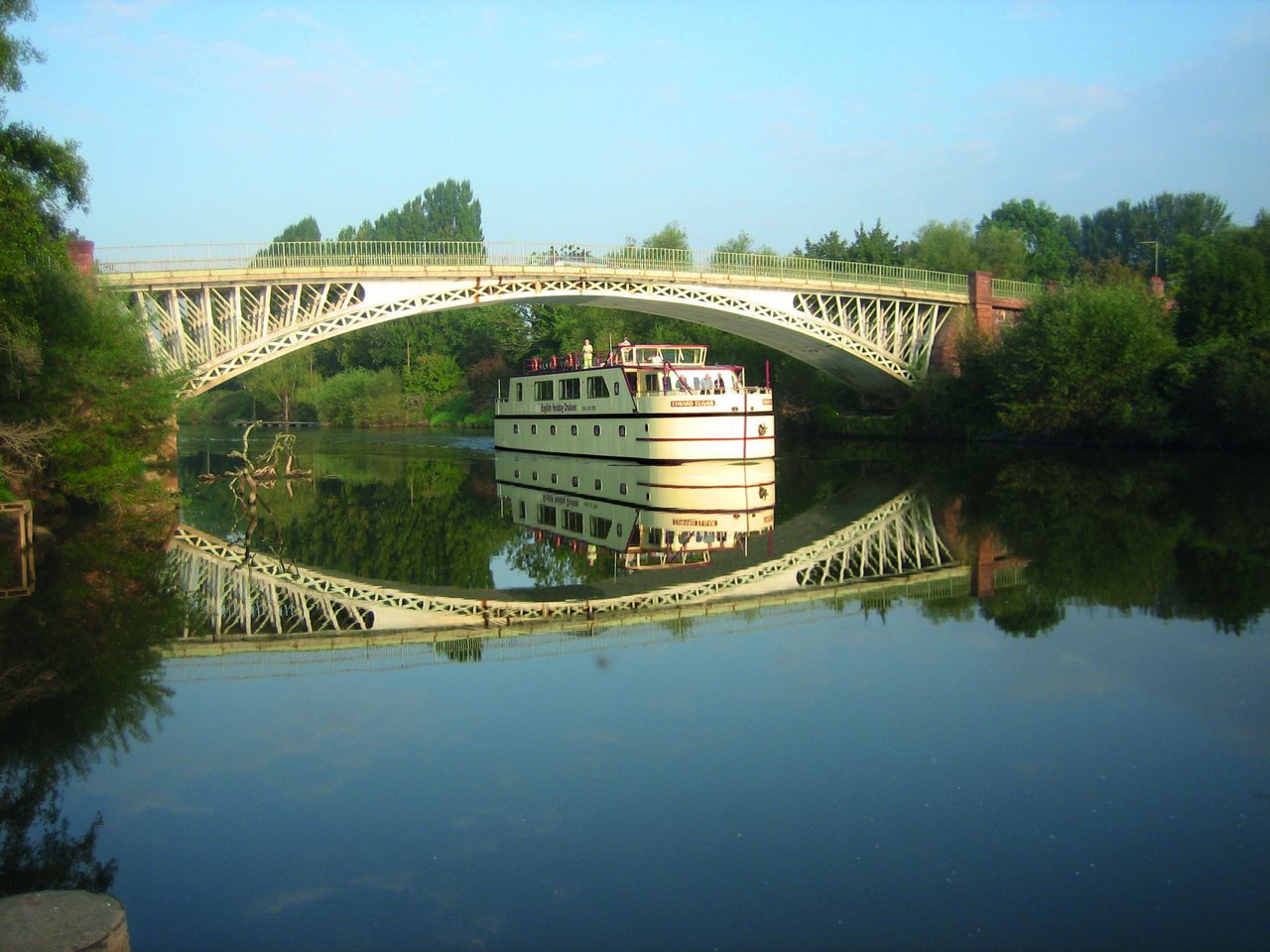 A timeless looking vessel dating back two decades, calm in cream with red trimmings, Edward Elgar is the largest hotel boat on the UK’s waterways.

She sails from the Victorian warehouse splendour of Gloucester Docks in the heart of the city and is in the countryside within minutes. Cruises, between two and six nights, head north on the River Severn itself and south on the Gloucester-Sharpness Ship Canal, which follows the river – and some do both.

There’s an otherworldliness about proceedings, surrounded by green hills, passing historic relics and, on the canal, watching the many bridges swing aside to let the 4mph voyage continue.

Excursions are included so plenty of opportunities to explore Gloucestershire and Worcestershire.

The passengers tend to be as sedate as the cruises, couples of a certain age happy to sit back and relax, whether in the dining room/lounge or outside, on the upper deck or in the tucked away seats at the front.

Yet this isn’t specifically for older people and much younger couples would enjoy a serene getaway amid beautiful English scenery. And while it’s generally an adults-only experience it’s possible charter the 22-passenger boat for family (or other) gatherings and bring children as young as seven.https://e5b9798d69b1506e8edd7b22b89c8132.safeframe.googlesyndication.com/safeframe/1-0-38/html/container.html

Simple and to the point. The wood-panelled rooms, all en-suite, are all doubles but are small, places to sleep and shower but little more. Each has a window, but not much more than a porthole. The twin beds are at right angles to each other, leaving an L-shaped space to stand outside the little shower room where the rain shower heads do a surprisingly good job and there’s shower gel and soap. Beds have good duvets and pillows, there’s a little hanging space and room for suitcases under the beds. But the beds are the only place to sit – so this leads to a social atmosphere in the lounge.

The big one is the Seven Wonders, a six-night holiday that sails the full length of the Severn Navigation. That means upriver, passing through Tewkesbury, Upton upon Severn, Worcester and on the Stourport, as far as boats can travel. Edward Elgar returns to Gloucester (a tour of the docks) then down the Gloucester-Sharpness Canal almost into the Severn Estuary (off-limits to a vessel of this size). That’s almost 100 miles of cruising. Shorter cruises either focus on the river or on the canal.

There’s a self-contained bar area with bench seats and a full drinks selection, including Gloucester Gold beer from the dockside Gloucester Brewery as well as its very moreish small-batch Fox’s Kiln Blood Orange Gin. Prices are very reasonable – £3.20 for a basic G&T, £4.30 with Fox’s, plus 20 per cent off during 6-8pm happy hour.https://e5b9798d69b1506e8edd7b22b89c8132.safeframe.googlesyndication.com/safeframe/1-0-38/html/container.html

Food, prepared on board, veers towards upstanding British dishes that are unlikely to scare even the most elderly guest – I had beef braised in Gloucester Brewery Dockside dark beer with mash and carrots, and a Sunday lunch of roast chicken breast with all the trimmings. The menu promises more avant-garde starters such as Cotswold gin-cured salmon with fennel and orange, and lunch dishes including homemade Scotch egg. Breakfast features a full English and variations such as French toast. Dinners are all four-course, ending in a cheese board, and lunch and dinner come with wine and beer. If that isn’t enough there’s also afternoon cake. Tea and instant coffee are free all day, although the cheerful crew (even the jolly Captain Steve) will treat you to real coffee if asked.

The dining saloon is roomy but, post-lockdown, glass screens sit between the tables.

No pool or gym here, simply relaxation in its simplest form. Sit on the rooftop terrace and watch the world go by (gaze at the Malvern Hills rising in the distance), or pull up a chair inside and read. Although the wi-fi (which proved excellent on my trip) is free so you could take a laptop and carry on with your Netflix viewing. And when the boat is docked it’s easy to hop off for a stroll.

There’s something on offer almost all day, every day. Excursions are included in the holiday price. That means city and town walking tours, guided tours of Worcester Cathedral and Royal Worcester Porcelain Museum, Tewkesbury’s Norman Abbey, Upton upon Severn’s Tudor House Museum and Gloucester’s docks. Other included attractions are a trip on the Severn Valley Railway, a boat ride on the River Avon and a visit to Slimbridge Wetland Centre, where hordes of flamingo join the swans, geese and kingfishers that populate the river and canal.

On board, deck quoits games (throwing a rope ring into are organised by day with quizzes after dinner. There’s even an after-dinner walk to see Purton Hulks – a spot where the canal runs so close to the river it was in danger of being washed away so a number of old barges, including some made of concrete, were sunk into the river bank and allowed to fill with silt.

At least one evening on each cruise a jazz band performs.

If the idea of a big ship is too much (especially in post-lockdown times), this could be the way to fall in love with cruising… a small, comfy environment. Edward Elgar is an enchanting way to pass through some lovely countryside, unhurried, uncrowded and involving no flights.

Edward Elgar sails from April to October from Gloucester Docks – and for 2021 Christmas cruises have been added. A two-night cruise, two sharing, including excursions and drinks with meals, starts at £360pp; a six-night Severn Wonders cruise starts at £1,690pp.